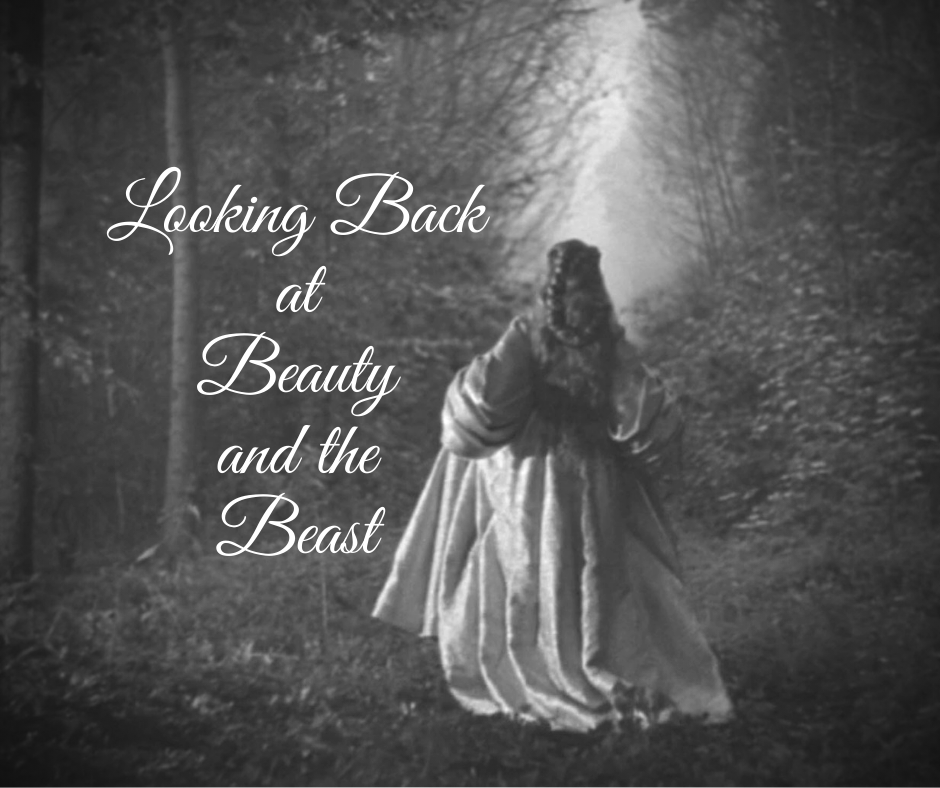 When I first had the idea of retelling Beauty and the Beast, I researched the origins of the famous fairy tale. Oh my goodness, y’all, it’s been around in some form or other for 4,000 years!

The French Influence on Beauty and the Beast

The version we are most familiar with today was made famous by a French author named Gabrielle-Suzanne Barbot de Villeneuve in 1740, in her story entitled La Belle et la Bête. Then Jeanne-Marie Leprince de Beaumont created a shorter, less involved version for children in 1756. The French people were entranced by the story. An operatic version, Zémire and Azor, was produced in 1771. A play was created in 1742. It’s only fitting that the first movie version of La Belle et la Bête was created by a French filmmaker, Jean Cocteau, in 1946. You can purchase a copy of this film with English subtitles on Amazon.

Cocteau’s film pared down the merchant’s children from six to four. That’s a long way from Disney’s only-child version. But I grew up with books in which Belle’s siblings played an integral part, tempting her to stay away from the beast for too long, so that he fell deathly ill and/or died (to be resurrected by Belle). Disney’s version includes a villain, Gaston, and a besotted sidekick, LeFou. The sidekick is entirely a Disney invention. 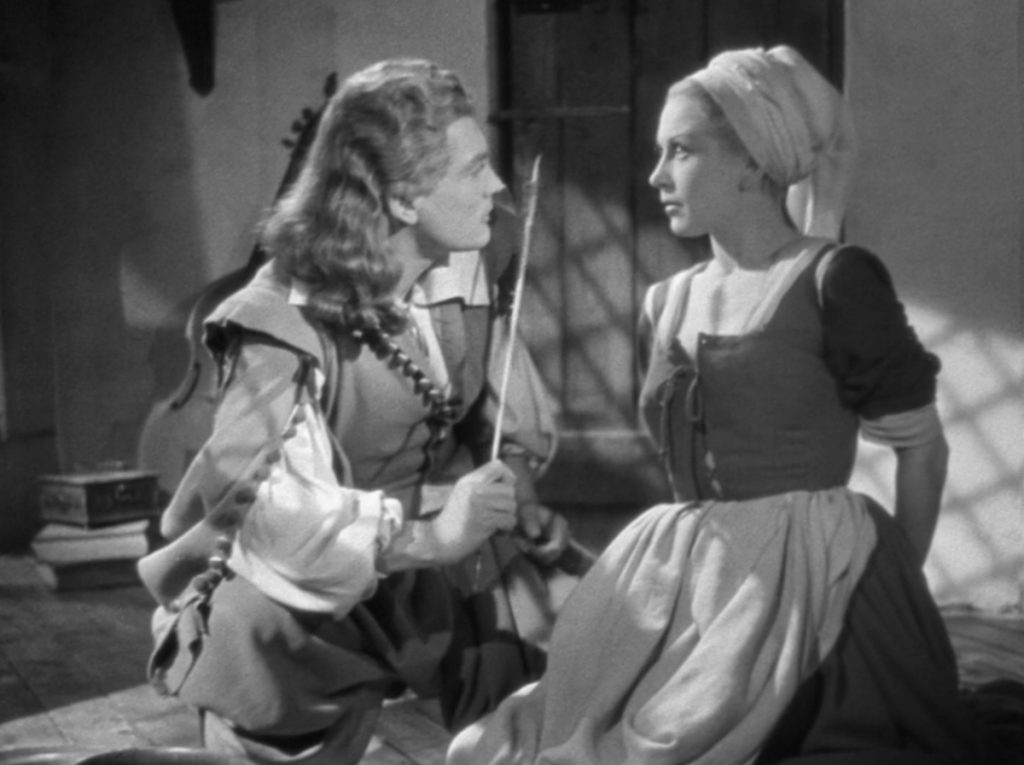 Avenant and Belle In the original movie, Belle’s brother has a handsome, ne’er do well friend, Avenant, who isn’t all bad. For example, he hates to see Belle’s subservient role in the family and promises to give her a better life if she will marry him. Avenant becomes the villain when his jealousy prompts him to try to murder the beast. That much is consistent between the modern version and the original. The old movie is as low budget as they get. Filmed immediately after World War II in France, the credits are written with chalk on a blackboard to save money. However, the creator knew his way around a camera, giving the film a surreal richness despite its simplicity. And the costumes! Wow.

What is most evident to me is the gentle nature of the beast in the Cocteau movie, much gentler than the she-eats-with-me-or-not-at-all Disney beast. In fact, my favorite passage begins when the beast begs Belle to let him stay while she eats dinner. Belle: “You are the master.”
Beast: “No. There is no master here but you.” All in French, of course. I mean, that’s beautiful.

The short, original film also manages to imply Belle’s awakening awareness of the beast’s desire for her without overt sexuality. Very well done. Belle learns of her own sensual nature without any lewd overtones. I cannot overstate how much I appreciate the deft touch of the filmmaker here.

The animated objects are the strangest and most delightful aspects of the film, although the symbolism is difficult to follow. For example, the capitals atop the pillars bracketing the mighty fireplace are creepy, animated heads; they actually blink and smoke comes out of their nostrils. Statues appear in every hallway. The castle lights are animated, human arms, holding candelabras that flicker to life when someone approaches. The candelabra on the dining table pours the wine for Belle’s father the night he stumbles inside. Finally, there’s the statue of Diana, goddess of the hunt or goddess of the wild, who takes a last-minute role, but I won’t spoil it for you. 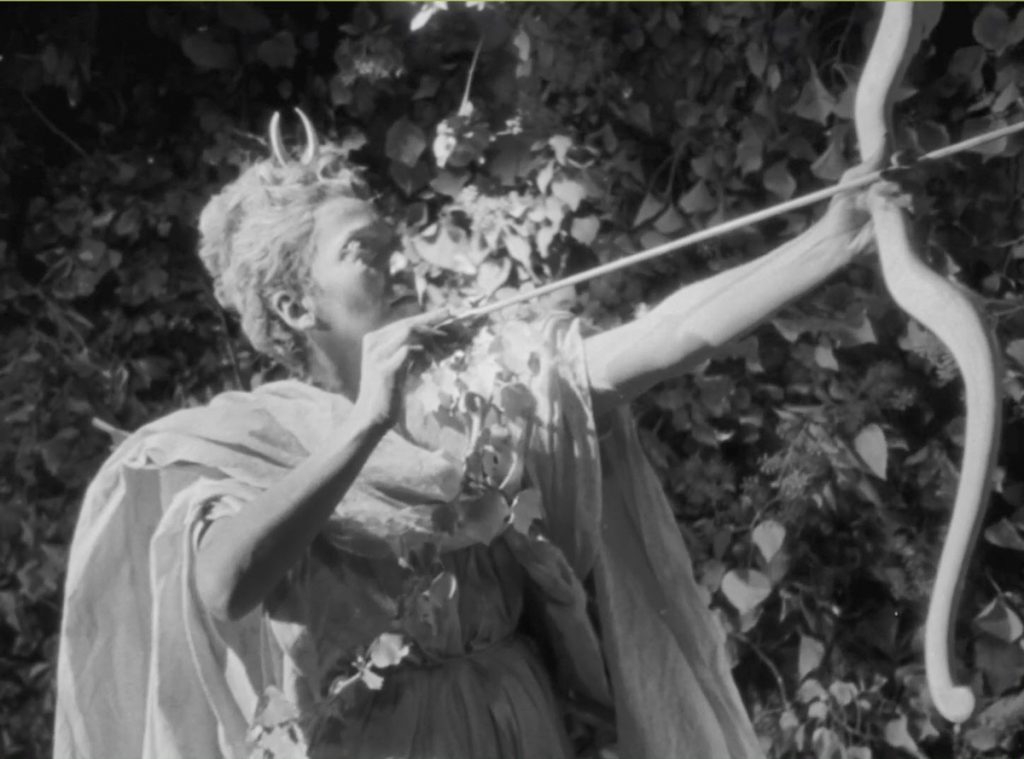 Diana, goddess of the hunt The door to Belle’s suite and her magic mirror whisper to her upon first acquaintance. Her bed covers moved on their own too; that’s a big nope for me. The animated objects in the Disney film are echoes of this earlier work and of the original story as told by Villeneuve.

I’ve always wanted to write a story with fae characters who are not the classic, winged archetype people think of when a fairy is mentioned. And what better way than through a half-fae heroine as she becomes acquainted with her mother’s people and her own powers? I love the Beauty and the Beast story, but I didn’t want to call my main character Belle, so I named her Brianne. And I’ve reimagined the tale as a mashup of fae meets beast in Monster’s Companion.