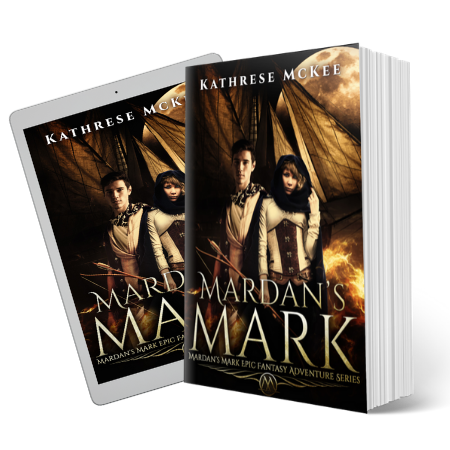 She would rather die than fail.

Princess Srilani is honor-bound to rescue the crown prince.

Or die trying. Because she can’t go home empty-handed. How can she know who to trust when it’s clear they have been betrayed?

When the royal heirs are abducted by pirates, their doom is sealed. They will be executed, or worse, enslaved.

Can she rescue her siblings and their new friends from this hostile land? Can she save her nation from annihilation?

You’ll love Mardan’s Mark, first book of this epic adventure series. Because you can’t help but root for this ragtag group of unlikely heroes on an impossible quest.