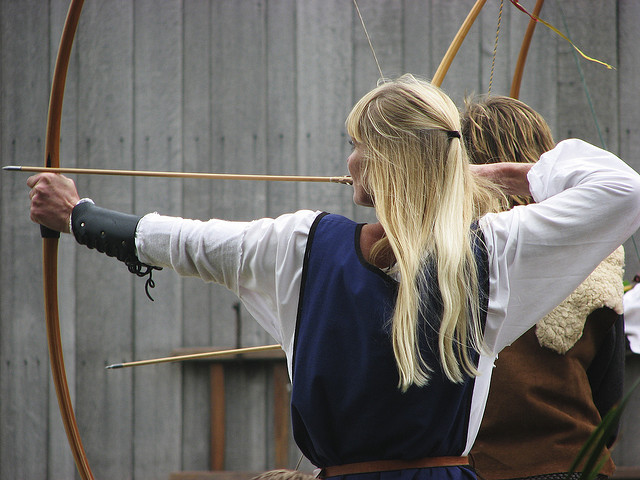 Today, I’m interviewing Srilani, one of my main characters in Mardan’s Mark. At the beginning of the story, she is seventeen, and her eighteenth birthday is right around the corner. Her father, King Terson, is pressuring her to choose a husband. In the meantime, she is busy with her studies and duties as First Princess. Srilani spends hours a day serving her mentor and teacher, Judge Elison, who is the chief legal and spiritual authority in Northern Marst.

You’re the eldest. Why aren’t you the heir?

According to custom, the first male child of a monarch is the heir. I don’t know of any nation where that isn’t true. Sometimes I think the world would be a better place if women ruled the nations. Would we have fewer wars? I don’t know the answer to that, but it doesn’t matter anyway. I’m the First Princess, and I have clearly defined responsibilities. I stay busy.

I like to pin images on Pinterest that help me write. It turns out that there is a photo of Princess Madeleine of Sweden, a real life princess, that captures the look I had in my mind for Princess Srilani. I hope that Princess Madeleine would be flattered to have a heroine modeled after her.

What is a First Princess? Is that some sort of special rank?

Yes, it is. In the Twin Kingdoms, a princess is a First Princess if she’s the oldest child, born before any sons. She is the heir until a son is born. Or if a boy is born first and a girl is born second, then she is First Princess, next in line to throne until another son is born.

As long as my father has only one son, I must be ready to ascend to the throne in case something happens to him and my brother. Since my mother is getting older, it seems unlikely she’ll have more children. If my parents did have another son, I would still be First Princess, but it would only be a formality.

How do you spend most of your days?

My days are fully scheduled. Since I’m second in line to the throne behind my younger brother, Prince Jamson, I spend hours a day studying the law, other languages, and practicing with weapons. Father says I have to be able to do anything the heir should be able to do.

So what does a First Princess do?

A First Princess has special responsibilities. She trains and studies just like the heir. She attends councils of war. She entertains foreign dignitaries and acts as an ambassador. She learns other languages and the law. She trains for war.

If my father dies, I would have be regent for my brother, Prince Jamson, until he turns seventeen. I’m constantly worried something will happen to Jamson. Like any other thirteen-year-old, he thinks he’s invincible. He loves sailing and hunting and riding his horse, and he takes risks. Thankfully, he’s usually accompanied by Palace Guard soldiers and other responsible adults to keep him out of trouble.

What is your most treasured possession?

Just recently, my father gave me my grandmother’s necklace, a bequest from her to me. I remember playing with it when I was a very little girl. Grandmother often invited me to her rooms and let me try it on and admire it. It reminds me of her — how strong she was, how brave and wise. I still miss her very much, and I want to be like her.

It sounds like you spend most of your time on your duties. Do you have any time for friends?

My best friend in all the world is my sister, Renélan. And I love my younger sisters, Maelan and Audrilan. Princesses lead sheltered lives, and it’s hard for us to really know who is a true friend and who is just trying to curry favor. One person who is a true friend is Judge Elison’s granddaughter, Lady Elilan. She’s a little older than me, but we enjoy each other’s company.

If you could change one thing about yourself, what would it be?

I would love to be able to trust others more, but I always feel like I need to keep people at arm’s length. Captain Olson and Judge Elison have warned me repeatedly to be wary of the motives of those who seek to be my friends. And I’ve learned they are right. Many people in our court fawn over me, but all they care about is gaining access to my father or getting me to advance their causes. So I’ve earned a reputation for being “cold” and unapproachable. It’s difficult to be warm toward others without trust.
I’ve earned a reputation for being cold. Meet Srilani. #yalit #fantasyPowered By the Tweet This Plugin


Do you do anything for fun? What’s your favorite pastime?

I love practicing archery. Most people think I’m just attending to my duties, but I genuinely enjoy shooting targets. I like it even more when I get to practice shooting from horseback.

And I love reading the history scrolls and learning the law. My life would be greatly diminished if I couldn’t delve into matters usually reserved to the scribes.

I love practicing archery. Meet Srilani. #yalit #fantasyPowered By the Tweet This Plugin

Enjoy the excerpt below. Then, leave your comments and questions. I love hearing from my readers. Have a great day!

Srilani, René, Audri, and the maids entered the Solarium together. The afternoon storm had passed and the evening’s warm rays bathed the room’s soaring white walls and arches in rich amber. Many chairs, couches, and benches were arranged in small groups among the columns supporting the high ceiling. Tall windows facing east and west flanked the room.

Lady Kaelan, their mother, looked up from her customary rocking chair. She had married their father while his mother was still queen, and she had never been comfortable with the title of queen even after Grandmother had passed away. She held out her arms to receive Audrilan. “My dears, you all look lovely.”

“Thank you, Mother,” Srilani said. Her eyes drifted to her father who sat in the large armchair next to her mother. “May El bless you, Father.”

Slowly, his eyes rose to her face. His usual expression had altered in some subtle way she couldn’t identify. He set aside the roll of parchment he’d been reading. “Your mother reminded me of an item that was overlooked after your grandmother passed away.” His voice, too, seemed cool to her.

Srilani’s heart skipped a beat. “I beg your pardon?”

Her father stood, took her elbow, and guided her to a spot by the windows away from the others.

She studied his face. Was the coolness she sensed a product of her imagination or the lingering effects of their confrontation?

He cleared his throat. “When my mother died, you were so young that we put this away.” He drew a leather pouch from his pocket and poured a lovely silver chain into her hand. “I believe you should have it now.”

A large oval aquamarine pendant, framed with crystals and pearls, winked back at her. “I remember this necklace,” she said. “Grandmother used to let me play with this in her dressing room.”

He glanced out the window toward the Great Gulf, visible from this vantage point, even though it was a couple of leagues away. “I had forgotten it entirely, but as I said, your mother brought it to my attention.”

She hesitated. “Would you fasten it for me?”

“Of course.” She turned around, and he worked the clasp.

She twisted the pendant back and forth to catch the light in the stone‌—‌fire trapped in pale blue ice. She turned back to her father. “I love it.”

“My mother specifically willed it to you.” His voice sounded solemn. “You are very like her.”

“Thank you, Father.” She reached out to him, and he permitted her a brief embrace.

She stepped back, but he retained one of her hands. “You’re almost eighteen. You need to make a choice from the men I’ve presented to you.” His voice seemed to come from a long way off. “Lieutenant Greyson is the last one I plan to introduce. If there is another man you would like to meet, you must let me know. If you cannot choose by the time you turn eighteen, then I will choose a husband for you. Do you understand?”

She nodded. He would take the choice out of her hands. Her lips firmed. Not if she could help it.

“Do you understand?” Terson repeated.