Whose Children are They? – Parental Rights and Education 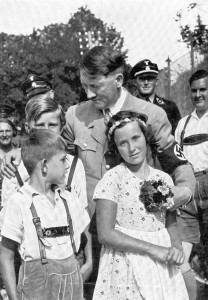 Who do your children belong to? Are they your children or do they belong to the government? Whose children are they? Do you serve as parents at the pleasure of the state? The current battle between the German government and parents who wish to home school their children makes these questions relevant. Parents around the world need to guard their rights to raise their children according to their values. Pay attention, both to history and to current events, because your government–wherever you happen to live–may follow Germany’s lead.

“The National Socialist Movement has laid down the directive lines along which the State must conduct the education of the people. This education does not begin at a certain year and end at another. The development of the human being makes it necessary to take the child from the control of that small cell of social life which is the family and entrust his further training to the community itself.

The National Socialist Revolution has clearly outlined the duties which this social education must fulfill and, above all, it has made this education independent of the question of age. In other words, education of the individual can never end. Therefore it is the duty of the folk-community to see that this education and higher training must always be along lines that help the community to fulfill its own task, which is the maintenance of the race and nation.” – Adolf Hitler, Speech before the Reichstag, January 30, 1937

The development of the human being makes it necessary to take the child from the control of that small cell of social life which is the family and entrust his further training to the community itself.

As an update to another post of mine, Intolerance of the State, the Wunderlich children were returned to their parents by the German government on September 20, 2013 after their parents promised to send them to public school. I’m dismayed by the strong-arm tactics of the German state because they are so reminiscent of Hitler’s regime. The only compromise is no compromise. It was Hitler who outlawed home school in Germany, and for the life of me, I can’t understand why the German government would cling to and enforce his policies. 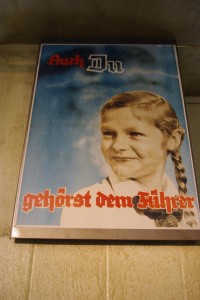 UNLESS…unless the German government seeks to emulate Hitler’s goal of producing a homogeneous citizenry who all think as they should and work for the good of the state. Under the guise of encouraging “dialogue” with minorities to build tolerance and democratic values, the government is willing to use coercion and fear tactics against those they who might… What? Dissent? Think for themselves? Act independently? Have new ideas?

America – Land of the Free, For Now

Are American parents safe from this abridgement of liberty? No, actually. A thoughtful article by Anne Hendershott, Professor of Sociology at Franciscan University of Steubenville, discusses our peril in “Home Schooling: Under Fire at Home and Abroad” in The Catholic World Report.

The American government, with its history of interference and ineffectual education reform like No Child Left Behind, and its current insistence on Common Core Standards and Race to the Top needs watching. Initiatives that seem innocent and helpful at a rhetorical level have a tendency, in the hands of a bureaucracy, to morph into superficial, bloated, and ineffectual programs that can be twisted to support an agenda out of line with our liberties.