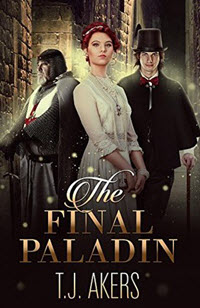 The thousand-year-old Frankish knight, and trainer of Paladins, Sir Godfrey, cannot pass-on until he has completed his last quest: return the Key of Apollyon to its rightful owner. A mess he created long ago trying to stop Charlemagne from using the artifact in a fit of rage on innocent by-standers. The relic is powerful and dangerous, especially should it fall into the wrong hands. A list of hands for which there is no shortage. Worse yet, the key drives Paladins insane when it stays in their care for too long.

Enter Peg Bowman, or Vermillion, as she was named at birth. When Peg finds her older brother, Archie, slain in an alley, she is set upon by both mortal and supernatural assailants. Godfrey appears from nowhere to aid her and she soon she finds herself up to her eyeballs in chivalric duty and family guilt.

Since Archie was the last rightful heir and protector of the key, it falls to her to marry and have children to raise another protector. Something Peg wants no part in. Then she discovers that there is another way. Peg reluctantly takes up the mantle and is going to end the mess, or die trying.

I originally wanted to write a fantasy about boy a boy of noble birth living in 8th century Europe, but when I considered entering it in the Genesis Contest, I changed my mind. The Judges are not the friendliest when it comes to speculative fiction and the majority of them are women. So I altered the story accordingly. The main protagonist is female and I start the book in 1870 New York.

Life isn’t always going to be neat, tidy, and the way you want it to be. You have to adjust and make friends/allies along the way.

Does your book have a unique setting?

My story starts in the community of Five Points in New York City during the 1870’s. It is an infamous ghetto that existed for almost a complete century. It is a setting full of fascinating immigrant stories and all manner human drama. Then it goes from there into the Ether, or as my character Sir Godfrey says, the place where the Almighty stitched the worlds together.”

IYou have to capture readers while they’re young in order to make them lifetime readers. Whether it’s Middle Grade or Young Adult, that’s where you have to find them. 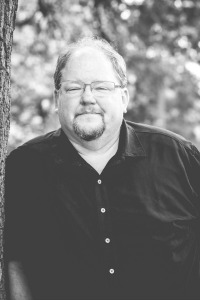 T.J. Akers is going to be a multi-millionaire when he grows up and then give his wealth away to his favorite causes: churches, schools, and animal shelters. The millions have been a little slow in coming, so in the meantime he works at a state university as a computer technician, volunteers at church, and supports his local animal shelter whenever possible. He also indulges his love of writing stories to entertain people, especially younger readers.

He has a grown son and lives with his wife, two cats, and a dog in Minnesota. The dog is an excellent walking and writing companion, but the cats have proven to be rather critical. He has two novels, The Final Paladin and Dusty’s Adventures: The Beginning.

You can keep up with the author by visiting his website at
http://www.tjakers.com.