Today’s interview is with Tricia Mingerink, the author of Dare, the first novel in The Blades of Acktar young adult fantasy series. Don’t miss the Facebook Party and the Giveaway! More information below. 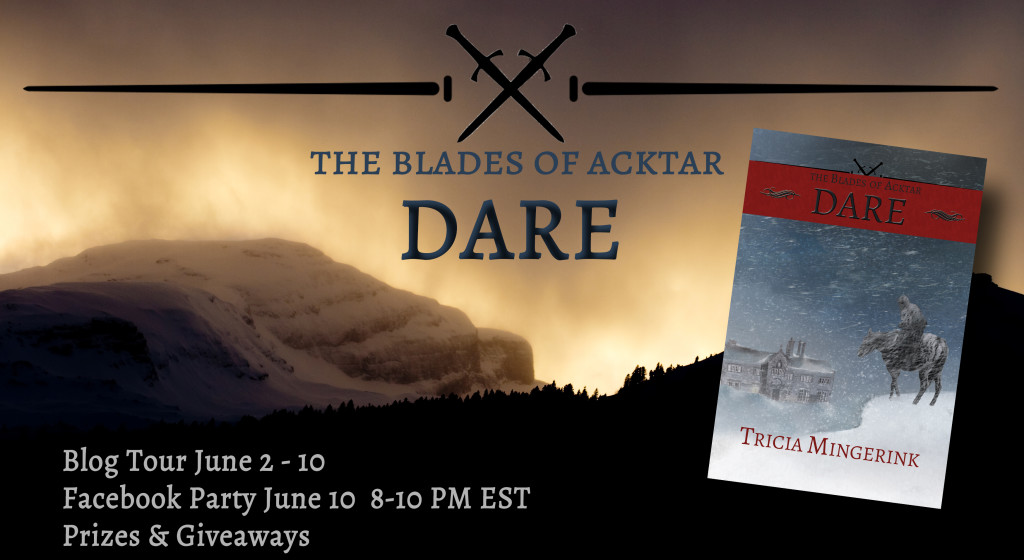 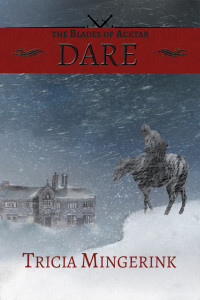 Courage could cost him everything.

Third Blade Leith Torren never questions his orders or his loyalty to King Respen until an arrow wound and a prairie blizzard drive him to the doorstep of the girls whose family he once destroyed.

Their forbidden faith and ties to the Resistance could devastate their family a second time.

Survival depends on obedience, but freedom beckons. How far does he dare go to resist the king and his Blades?

No matter what Leith chooses, one thing is certain.

Getting to Know Tricia Mingerink

Kathrese: Setting and world-building is one of my favorite parts of writing fantasy. What is your storybook world like?

Tricia: I’m calling it American West meets medieval. I based the setting off the Black Hills area of South Dakota, but with castles and medieval style manor houses. The result was an interesting mix of medieval-style politics with Western-style saddles, ideals, and geography.

Kathrese: I call myself a “puzzler,” somewhere between a “plotter” and a “pantser.” Nowadays, I try to work harder on outlining before I write to save time in the long run. Do you outline or write by the seat of your pants?

Tricia: A mix of both. When I have an idea, I develop it in my head until I have a rough outline. Once I have a general idea, I jot a few rough notes on paper. After that, it’s all seat of my pants writing until the first draft is done. I don’t do major outlines or character sketches or even maps until after the first draft is done. This process did change a little bit as I wrote my way through the first drafts of the series. I actually had an outline for Book 3 since I’d been planning it since starting Book 1.

Kathrese: I love your title, Dare. How or why did you choose the title?

Tricia: One of the main themes in the book is making a stand for your faith. The story of Daniel in the Bible is brought up, so naturally the kid’s song “Dare to be a Daniel” kept echoing in my head. When it came time to pick a title, Dare fit the theme I was going with. 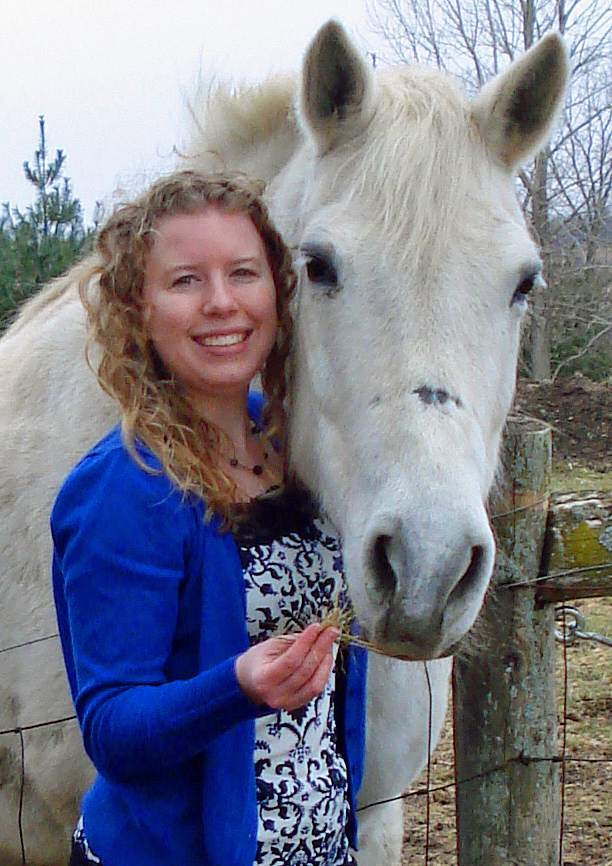 Kathrese: Do you plan to write sequels to this book?

Tricia: Yes, The Blades of Acktar is currently a trilogy and I have the drafts for the next two books already written. I have ideas for a possible fourth book and a prequel novella, but I don’t have a timeline for when/if I’ll write those.

Kathrese: I’m currently working on the second book in my series, and I’ll freely admit that I’m struggling to get it done. How long have you worked on this book? Was it easy or difficult to write, as stories go?

Tricia: I’ve been working on it a little over a year. Since I’m a very fast first draft writer, the first draft was finished in 3 months. Dare is actually releasing almost exactly a year after I finished the first draft. I set it aside, wrote book 2, edited book 1, then wrote book 3 and continued editing book 1. Of the three drafts in the trilogy, Book 1 was the second easiest to write. I had a few rough patches and I got completely stuck once in the first draft. Book 3 was by far the easiest to write while Book 2 was and continues to be the toughest of the three. I call it my “problem child.”

Kathrese: Thanks, Tricia! I can hardly wait to read the next book in your series. 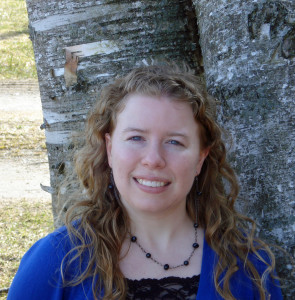 Tricia Mingerink is a twenty-something, book-loving, horse-riding country girl. She lives in Michigan with her family and their pack of pets. When she isn’t writing, she can be found pursing backwoods adventures across the country. You can connect with her on Facebook, Pinterest, Goodreads, and her blog.

Come celebrate with Tricia Mingerink on the release of her debut fantasy novel Dare (The Blades of Acktar Book 1).

Never been to a Facebook party? It’s a party all on Facebook that you can go to in your PJs on the couch in your own home and interact with fellow readers, the author, and have loads of fun! Stop by for a few minutes or the whole time, whatever works for you. It’s like an open house/book launch, but on Facebook.

There will be Giveaways of signed books, ebooks, giftcards, and a Grand Prize! Plus a behind the scene peek of Dare.